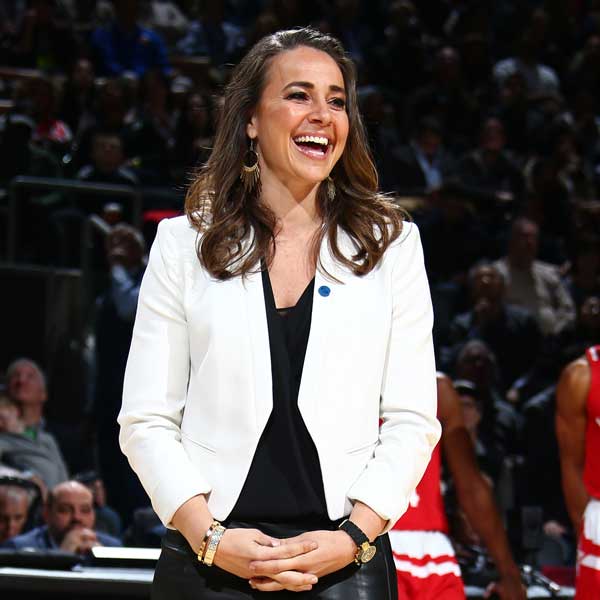 On Tuesday, the WNBA honored 5’6″ Becky Hammon as one of its 20 greatest players of all time.  An accolade she didn’t take lightly.  “Let’s just face it: The average girl is not 6-3. I look very average,” Hammon said. “So I was somebody that most people could relate to and kind of dream with and live through and inspire hope that, ‘Hey man, if she can do it, maybe I can do it too.'”

Then Saturday, Hammon’s former team the San Antonio Stars will retire her number 25 jersey.  As a player she was a six-time WNBA All-Star and the Stars’ all-time leader in points per game (15.6), assists (1,133) and 3-point field goals (829).  “It’s going to be an emotional day, an accumulation of so many hours of work,” Hammon said in a phone interview with The Associated Press. “So many shots made and missed. The people invested in me, the mentors. It’s been a heck of a journey.”