Steve Clifford puts on coaching clinic at his alma mater 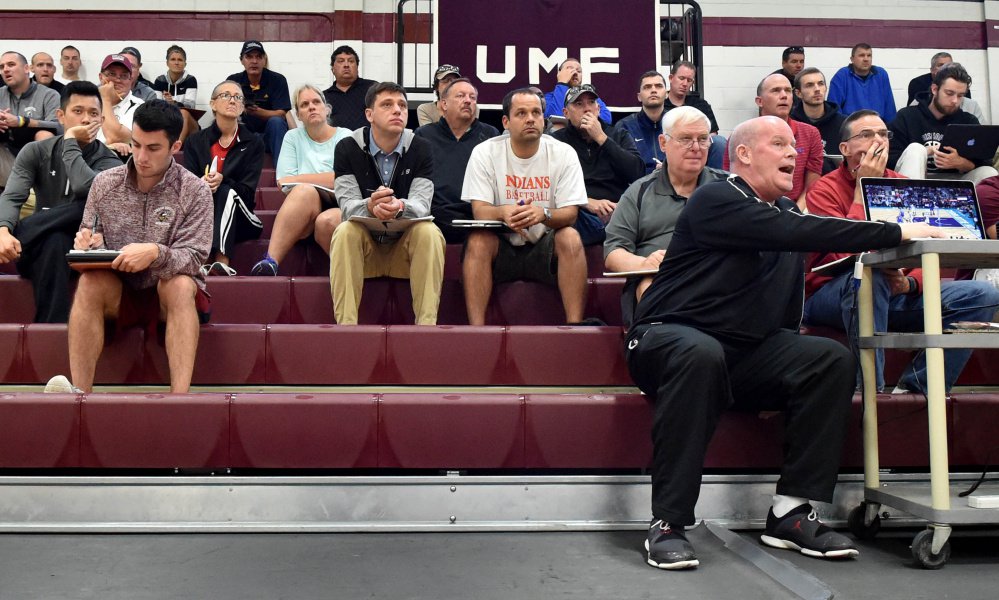 The head coach of the Charlotte Hornets, Steve Clifford is a University of Maine at Farmington grad. On Saturday, he coached up the coaches, offering up his time to dozens of high school and college basketball coaches who came from all over to pick up tips from an NBA coach.

“I’m just coming in with an open mind,” Winslow High School girls basketball coach Lindsey Withee said. “As long as I come out with one new thing, I’ll be happy.”

Withee, along with Winslow boys basketball coach Jared Browne, was lucky enough to attend a Hornets practice and see Clifford in action with his players. On Saturday, the UMF men’s basketball team went through the same drills Clifford uses to coach the Hornets. Clifford also used video of Charlotte games as examples. Defense is Clifford’s wheelhouse. In each of his three seasons so far in Charlotte, the Hornets have finished in the top 10 in the NBA in defense.