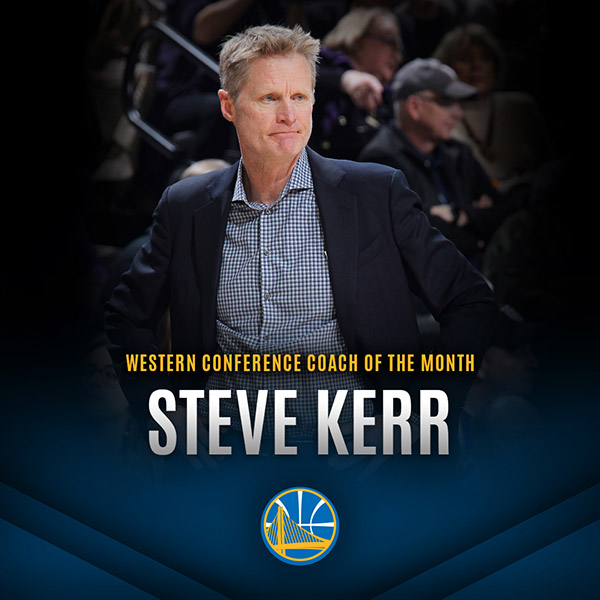 Steve Kerr has been named the Western Conference Coach of the Month after leading the Golden State Warriors to the NBA’s best record in January.

The Warriors lost their first game in January, and their final one, as well. They won everything in between, putting together a dominant 11-game winning streak. They finished the month 11-2, with a league-best net rating of +13.3.

It’s the seventh time that Kerr has been named Coach of the Month since taking the job prior to the start of the 2014-15 season, and it’s the first time since December 2017. He is joined by the Eastern Conference Coach of the Month for January, Mike Budenholzer of the Milwaukee Bucks.

Golden State’s hot January also moved them into first place in the West. If they can hold onto that spot through Sunday, then Kerr will coach Team LeBron James in the 2019 NBA All-Star Game, which features Warriors Steph Curry, Kevin Durant, and Klay Thompson.