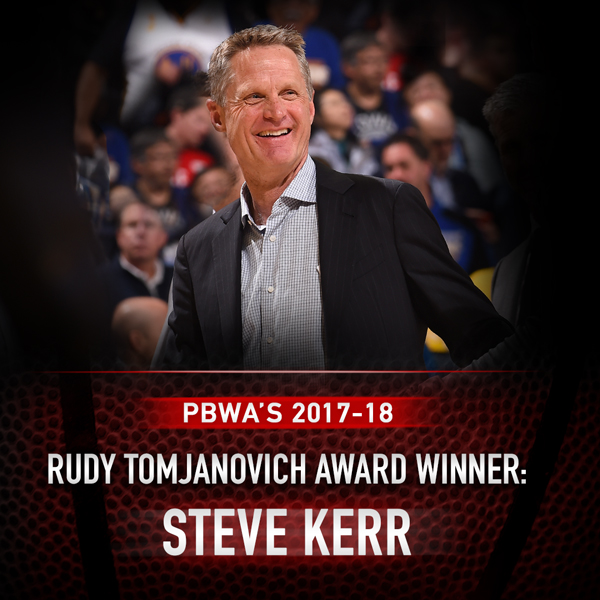 Golden State’s Steve Kerr has won the Rudy Tomjanovich Award, given to an NBA coach in recognition of his cooperation with media and fans as well as excellence on the court.

The Professional Basketball Writers Association announced the winner Tuesday. The award is named for Tomjanovich, the former Houston Rockets coach.

Kerr, who also won the award in 2015, beat fellow finalists Brad Stevens of Boston, Mike D’Antoni of Houston, Doc Rivers of the Los Angeles Clippers and Steve Clifford of Charlotte in voting by PBWA members.

The Warriors have won two of the past three NBA titles under Kerr and have a 2-1 lead over Houston in the Western Conference finals. The PBWA said Kerr encourages players to express themselves and is generous with his time with the working press.