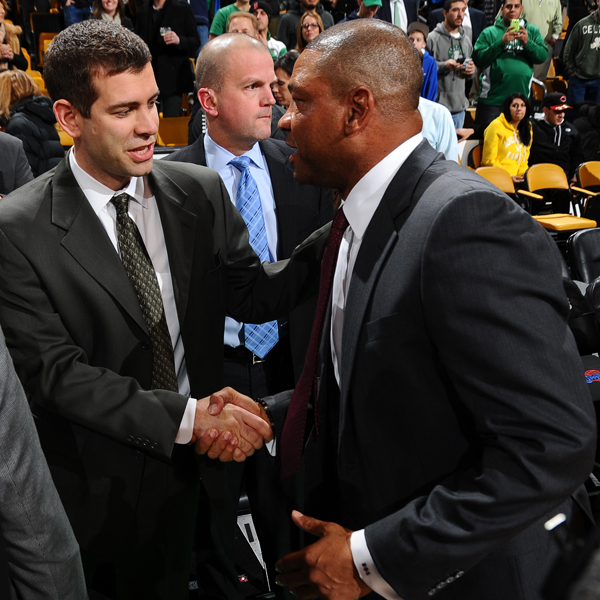 “Action for Boston Community Development Hoops Dreams in an annual event which allows local corporations to buy court time at the Garden in support of low-income Greater Boston residents.  It became a tradition for Rivers during his later years with the C’s. After he departed for the Los Angeles Clippers in 2013, he wanted to make sure the event continued in a similar capacity, so he passed the reigns over to Stevens.

Action for Boston Community Development is just a good group and you wanna just keep doing it,” said Rivers. “I’m so happy with Brad. One of the first things when I decided to leave and the Celtics hired him, I called him and said, ‘Hey, I need a favor.’ He was like, ‘What?’ and I said, ‘I need a big favor: I need you to take over this for me,’ and he’s done that. He’s been great.”

Read more about the event and the appreciation that Rivers has for Stevens here:
Stevens, Rivers join forces at charity event