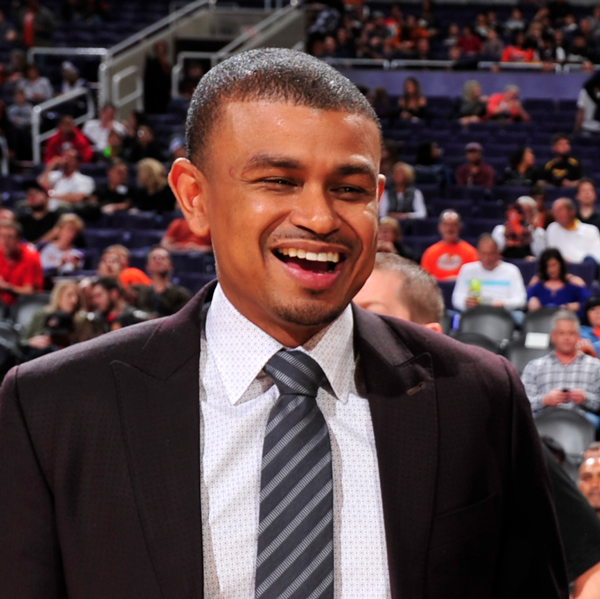 In May 1997, Kansas native Earl Watson packed up his duffel bag and headed to Los Angeles with $400 his mother gave him. He moved into a garage in South Central he shared with future UCLA teammate Baron Davis.

Watson didn’t have a lot, but he had a plan.

“I had to make that work, make that stretch, find a job, just wait until we could roll and I could start getting per diem from school or a scholarship fund,” Watson says. “I’m just very lucky.”

While he had a lot more going for him than just luck, good fortune certainly didn’t hurt Watson’s chances. On his first day on the UCLA campus, he was invited into the office of UCLA’s legendary former coach, John Wooden. A life-changing relationship for Watson was formed.

“He immediately captured my attention. He captured my heart,” Watson says of Wooden. “And the rest was just me trying to be a student of anything he spoke about.”

Fast-forward 20 years and Watson is now the teacher rather than the student, as head coach of the Phoenix Suns.

Watson joined the Suns as an assistant coach in the summer of 2015, after a 13-year career as an NBA point guard that included stops in Seattle, Utah and Portland.

Watson says Wooden, who won 10 NCAA national championships in a 12-year period, helped console him in times of doubt and inspired him to become a coach later in his career.

Yet, he says Wooden rarely talked about basketball, instead sharing stories about love, relationships and character.

That was especially appealing to Watson.

Watson’s mother is Mexican-American and his grandparents are from Mexico. He is the NBA’s first Hispanic head coach. The 37-year-old attributes his unique coaching style to his family’s culture.

“We emphasize family and togetherness,” Watson says of his upbringing. “So our family was always together, we did everything together. We kind of carry that theme and our motto into basketball.”

Veteran shooting guard Leandro Barbosa says Watson’s approach is similar to what he has experienced in Brazil, where he grew up.

“I think the family thing that he’s bringing in is really important,” Barbosa says. “If we want that playoff goal, chemistry is very important on and off the court.