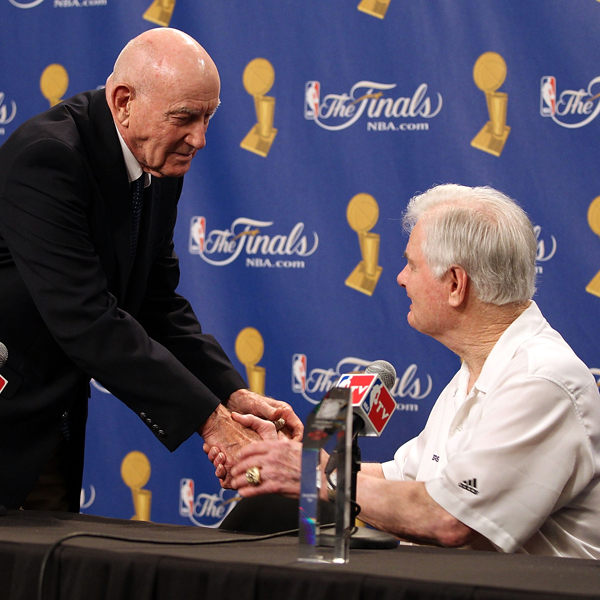 Dallas Mavericks coach Rick Carlisle, president of the NBA Coaches Association, was on hand to deliver the award to the coaching giants. Tommy Heinsohn received the inaugural award named in of Daly, who won back-to-back championships with the Detroit Pistons and coached the Dream Team to an Olympic gold medal during his Hall of Fame career. Daly died last year of pancreatic cancer.

Ramsay guided the Portland Trail Blazers to the NBA title in 1977 and remains one of the game’s global voices for his work as a coach and broadcaster. The offensive architect for nine title teams under Phil Jackson, six in Chicago and three with the Lakers, Winter received a 10th ring from the Lakers after they won the 2009 title (below).