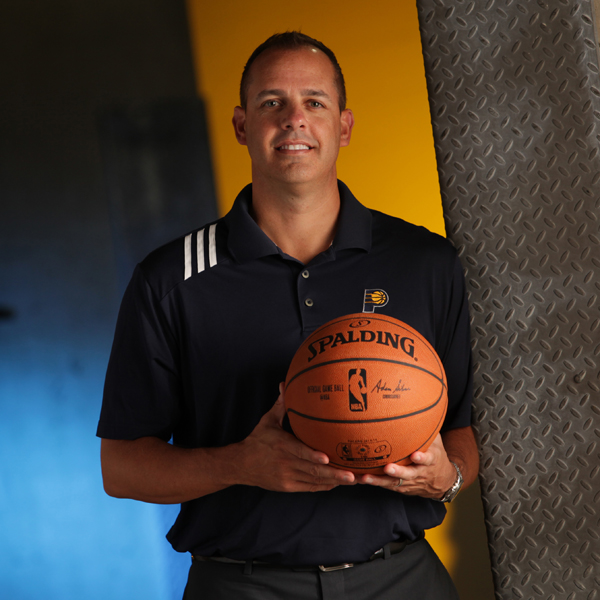 INDIANAPOLIS (AP) — Larry Bird ended the speculation about Frank Vogel’s job security before it could even begin. He’s safe.

On Wednesday, the Pacers’ president of basketball operations announced Vogel had signed a multiyear contract extension. Terms were not disclosed and players and coaches were unavailable because they had a scheduled day off. The 41-year-old Vogel is expected to take questions Thursday.

against Philadelphia and eliminates a potential distraction since Vogel was entering the final year of his deal with the Pacers.

“We’re very happy to extend Frank’s contract,” Bird said in a statement issued by the team. “I believe he has done a great job and I look forward to continuing our relationship and working together to achieve all of our goals.”

A year ago, winning the city’s first NBA title seemed like an achievable feat. Bird acknowledged before training camp that the Pacers were going “all in” to make a championship run. Vogel’s players responded with a 33-8 start that gave Vogel his first chance to coach the Eastern Conference All-Stars.

Little has gone right since then for the Pacers and Vogel, who has a 147-82 career record.

The Pacers stumbled in the second half of the season, finishing 23-18 amid squabbling teammates and questions about whether Indiana had the right mix of players — or even the right coach. That didn’t stop during first- and second-round playoff series against Atlanta and Washington. Indiana wound up advancing to the conference finals and losing again to the Miami Heat.

In early June, Bird defended his coach and denied there was any consideration of getting rid of Vogel.

“The day it (the report) happened, I went down to Frank and all of his assistants and said, `I want you back next year,’ and that was the end of it for us,” Bird said at a season-ending news conference.

But things got worse during the offseason.

In July, Lance Stephenson left for Charlotte in free agency, and in early August, two-time All-Star Paul George broke his right leg when he ran into a basketball stanchion during a national team scrimmage in Las Vegas. Stephenson’s decision and George’s injury, which is likely season-ending, left Vogel without his two best scorers.

While many outsiders and some players have acknowledged Indiana needs to scale back its goals this season, Vogel has insisted the Pacers can win.

Vogel got his big break in January 2011, succeeding the fired Jim O’Brien as the Pacers’ interim coach. He turned around a team that looked like it would miss the playoffs for a fifth consecutive year, finishing 20-18 and leading it into the postseason for the first time since 2006. Vogel then got the coaching job full-time.

In 2012, Vogel led the Pacers to their first playoff series win since Reggie Miller retired seven years earlier, and then to back-to-back conference finals appearances.

So with the Pacers facing perhaps their most daunting challenge in years, Bird rewarded Vogel by eliminating by one more potential distraction — his future.

“I’m excited for the opportunity to continue my tenure as Pacers’ coach,” Vogel said in the statement. “It’s an honor to represent this franchise and lead this team. I look forward to the challenge ahead.”