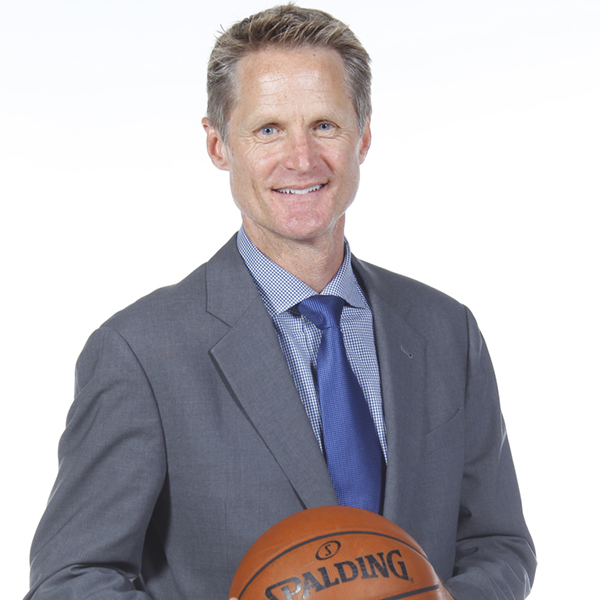 When Steve Kerr was tabbed to take part in the “Read to Achieve” portion of the Warriors’ back-to-school week at Longfellow Elementary in San Francisco, it wasn’t by accident.

The Warriors’ head coach is an avid reader.

He tackled a 608-page book on legendary UCLA basketball coach John Wooden this summer and has moved on to a biography of University of North Carolina coach Anson Dorrance, who has won 21 of the 31 NCAA women’s soccer championships.

Each day, Kerr has a Warriors staffer bring him a non-NBA article to read, with recent subjects ranging from Al Pacino to water parks to Melbourne, Australia.

“I want to keep stimulating my mind and keep fresh ideas coming,” Kerr said after the event Wednesday.

Kerr finds some escape in the reading, but he also relates most of it back to basketball — specifically coaching, which seems to be a priority as training camp is less than two weeks away.

Even while reading “The Rainbow Fish” to the students Wednesday, Kerr couldn’t help but relate the fish who wouldn’t share his colorful scales to a basketball player who wouldn’t pass the ball.

“I’m excited. The offseason is really long in the NBA, but because of the whirlwind of taking the job, moving up here, building a staff and reaching out to all of the players, it’s kind of gone by quickly,” said Kerr, who just moved into a house in the East Bay hills. “I feel like I needed all of that time to prepare. Now, we’re really in the final planning stages of practice planning and coaches’ roles during camp. We’re really getting down to the nitty-gritty now.”

The Warriors planned to do the two-a-day portion of their training camp in Napa, an idea that got squashed by last month’s earthquake. But Kerr still feels the team will have plenty of bonding time on two one-week trips during the exhibition season.

“We thought that we could have a really good experience up there (in Napa), and it would be a good time for the players to get away together, but logistically, there’s no better place than our facility” in Oakland, Kerr said. “It’ll be great. I just feel bad for the people in Napa, who had really gone out of their way to set up a comfortable spot for us.”

The Warriors will spend a week in Southern California and play three games in early October, and after a two-day stop at home, they’ll hit the road for another week that swings through Des Moines, Iowa; Kansas City, Mo.; and Hidalgo, Texas.

From his playing experience, which includes five NBA titles, Kerr knows how much team bonding can happen on road trips. Ahead of his first season as a coach, he realized that getting away with his staff is similarly meaningful.

The Warriors’ coaching staff had a retreat two weeks ago and moved beyond the relationships they had previously built, Kerr said. The camaraderie was obvious Wednesday as Kerr and assistant coach Luke Walton consistently played off each other’s jokes on the elementary school stage.

At one point, Kerr made Walton use his booming, deep voice to read the part of the wise octopus in “The Rainbow Fish.” Little on the day got a better reaction from the 600-plus students.

“We have fun together. We have a good group,” Kerr said. “It’s been a good summer for us, starting in Vegas. … We’ve really gotten to know each other well. Chemistry on a staff is just as important as chemistry on a team.”