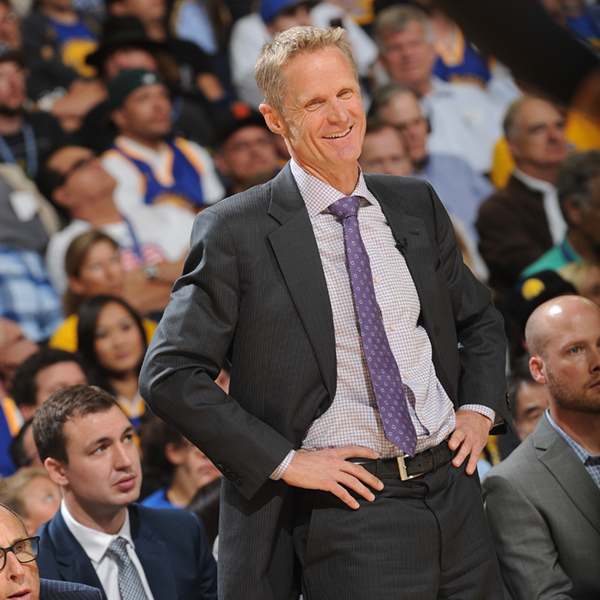 NEW YORK – The Golden State Warriors’ Steve Kerr, whose team won an NBA-record 73 games, is the recipient of the Red Auerbach Trophy as the 2015-16 NBA Coach of the Year, the NBA announced today.  He becomes the Warriors’ first winner since Don Nelson in the 1991-92 season.

Under Kerr and assistant coach Luke Walton, who served as interim head coach until Kerr returned from back-surgery complications in January, the Warriors (73-9) posted the best regular-season record in league history, eclipsing the 1995-96 Chicago Bulls (72-10).  The defending NBA champions opened the season 24-0, the best start in league history, which pushed their overall regular-season winning streak to 28 games, the second longest of all time.

The Warriors set NBA records for single-season road victories (34) and consecutive home regular-season wins (54, including 18 victories to finish last season), and went 39-2 at Oracle Arena for the second season in a row.  Golden State also became the first team to go through a season without losing two games in a row or losing to the same team twice.

Read the full story via: Warriors’ Kerr Named 2015-16 NBA Coach of the Year