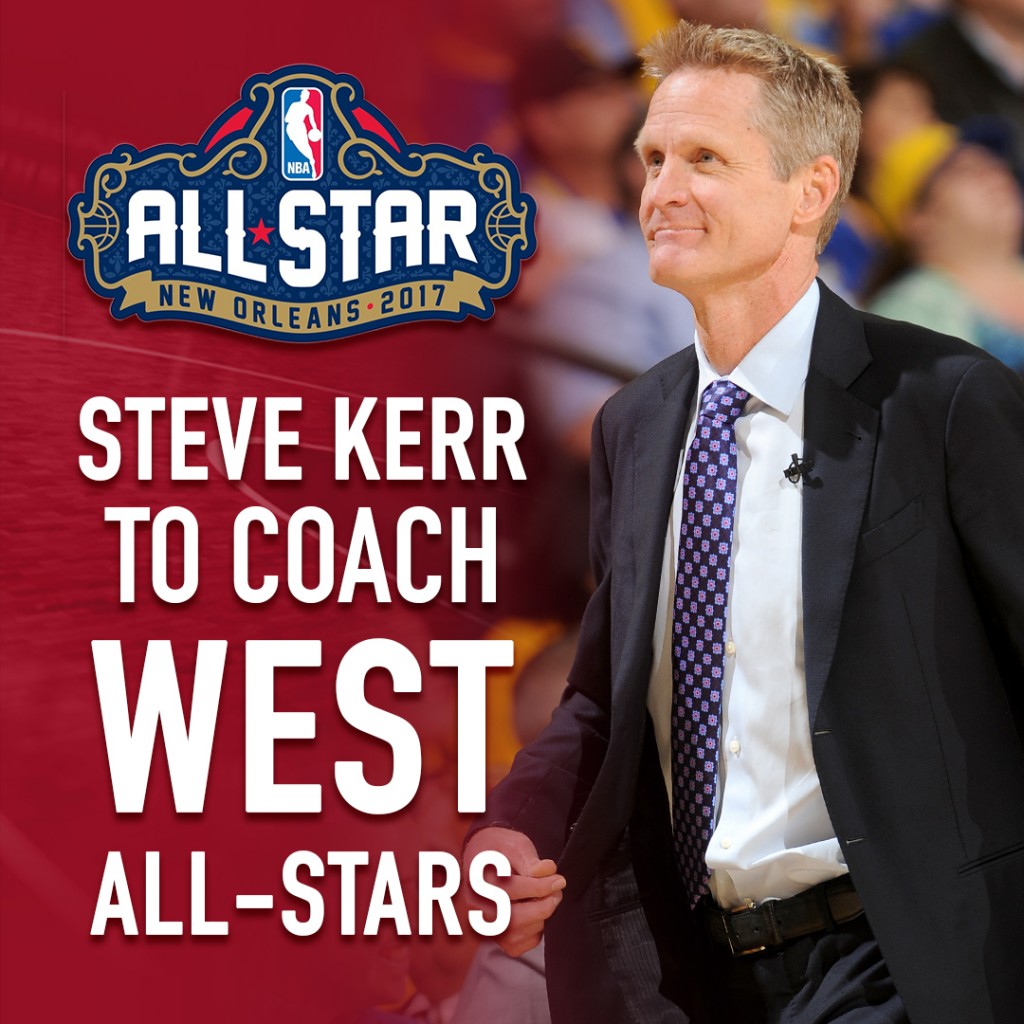 By virtue of the Houston Rockets’ 127-114 loss to the Milwaukee Bucks on Jan. 23, the NBA-leading Warriors (38-7, .844) clinched the best record in the West through games played on Sunday, Feb. 5 among the 14 conference teams with a head coach eligible to participate in the 2017 All-Star Game.  The San Antonio Spurs’ Gregg Popovich is ineligible for the honor because he coached the West in last year’s All-Star Game.