Wittman gets contract extension from Wizards 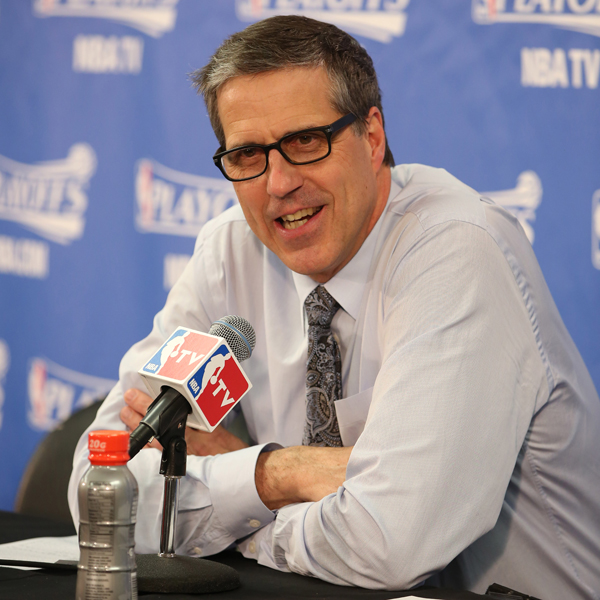 WASHINGTON (AP) — Wizards coach Randy Wittman signed a contract extension Tuesday after leading the team to the playoffs for the first time since 2008.

With its young backcourt of John Wall and Bradley Beal, Washington beat the Chicago Bulls in the first round before losing to the Indiana Pacers in the Eastern Conference semifinals. The Wizards hadn’t won a postseason series since 2005.

Wittman was promoted to head coach when Flip Saunders was fired in January 2012, the third rebuilding project Wittman has undertaken. He has the worst regular-season record of anyone who has coached at least 400 NBA games – 191-329, a .367 winning percentage – since the league started in 1946.

Wittman, in the final year of his contract, operated under a playoff-or-else edict from owner Ted Leonsis this season.

“It’s really the players who made the big decision, not only in the exit interviews the last couple of years and this offseason, but the way they responded to him on the court,” Leonsis said on the team’s website. “They respect their coach, they listen and like playing for him, and it shows.”

This season, Washington went 44-38, a 15-win improvement from a year ago, to finish fifth in a weak Eastern Conference.

“This team and this organization have made significant strides over the last 2 1/2 seasons and I’m excited to be a part of the next step in that process,” Wittman said in a news release issued by the club.

Wittman was scheduled to meet with reporters Wednesday.

A day after being eliminated by the Pacers last month, Wizards players were full of praise for Wittman, appreciative of his tough-love tactics, his teaching methods and his game-day preparation.

“He gets as much credit as the players,” veteran forward Al Harrington said then. “I would really be upset if he’s not the coach leading this team out of that locker room next year.”