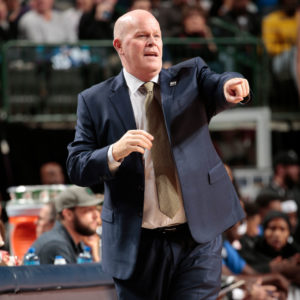 ORLANDO – Imagine you’re a kid, you’ve recently started playing basketball and Evan Fournier gives you ball handling advice, Nikola Vucevic shows you how to box out and grab rebounds, Jonathan Isaac explains to you the art of making driving layups and Steve Clifford demonstrates how to get into a proper defensive stance.

A dream come true for young players and fans who idolize their favorite sports heroes, right?

Well, believe it or not, this was a reality for 75 children of Magic season ticket holders on Thursday. They were on the Magic’s practice court at Amway Center learning the fundamentals of the game from the team’s coaches and players.

One of those lucky kids was 12-year-old Owen Meyers, who can’t wait to step back onto the court and work on his skills now that his favorite player, Aaron Gordon, and the rest of the Magic have given him some key basketball tips.

“I got to do layups with him (Gordon), which was fun,” said the sixth grader, who plays for his school team that made it to the championship game this past season.

When Meyers and all the other children return to school on Friday, they will have plenty of stories to share with their classmates and teachers. Knowing that puts a smile on the face of Isaac, who is proud to be in a position where he can inspire and motivate children.

“That’s what it’s all about, just inspiring kids, being role models,” the second-year Magic forward said. “I’m sure they are having the time of their lives right now.”

The kids, who were divided into groups, rotated through the different stations, where they received expert instruction on the fundamentals of the game, including shooting, dribbling, passing and rebounding.

Clifford, who has coached at every level throughout his career, highly recommends kids attend basketball camps and clinics where they can improve their skills and develop a passion for the sport. Having NBA players present, as the Magic’s first-year head coach recognizes, makes the experience even more rewarding.